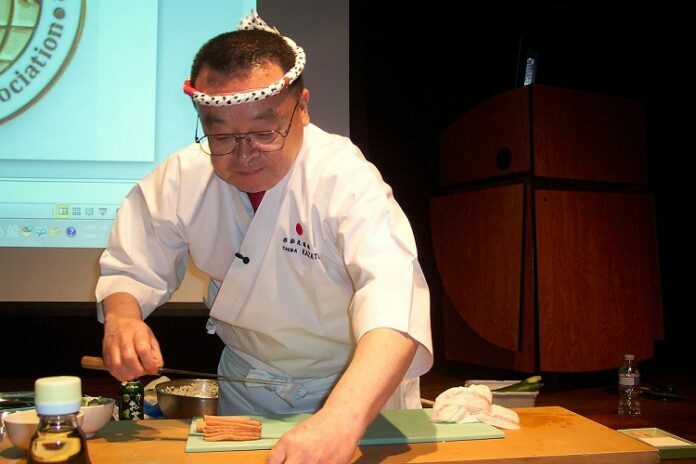 Our favorite country-western home-cook knows how to dress the part. ReeDrummond is always sure to look good on your TV show The Pioneer Woman. Her style fits in perfectly to ranch life with cowboy boots and denim but she still manages to look fresh and puts a spin on the classic country kitchen look.

Her welcoming and friendly personality is really what makes her show so great and a lot of fun! She truly knows how to balance her jewelry and bohemian chic vibe with classic kitchen attire. This is whyRee is a perfect example a chef with style in the kitchen.

He is probably one of the most famous chefs in the world but also one of the most stylish ones. His other title is The Naked Chef and has brought cooking good, wholesome food that’s delicious and far less complex to a much broader audience than the typical housewife. His shows are often based outdoors and brings guests along to help him out with making things like burgers on the barbeque accompanied by delicious sides and relishes. His style reflects this, taking boyish charm to a new level often sporting chinos, sneakers and a cool denim apron which you can find at places like.

Outside of the kitchen Jaimie still holds on to his boyish style, but is usually casual with plaid shirts, trendy jackets and his signature messy-styled hair.

She is the queen of all things domestic, but Martha Stewart never lets a bit of cooking and DIY get in the way of being on trend when it comes to fashion. This former model has held her own and built an entire empire on being the ultimate homemaker and teaching others to do so as well.

In more recent years Martha wouldn’t be caught dead in a frumpy sweater, but rather always carries herself with class and sophistication. The sequined jacket, chunky necklace and tailored blazers are staples in her wardrobe. 72 has never looked so good and is a true inspiration for anyone over the age of 50 who thinks they can’t be stylish.

This Iron Chefdoesn’t mess around when it comes to cooking and fashion. He appears on multiple Food Network shows and is owner of many successful dining establishments all over America.

He seems to have a heart of gold, never boasting or claiming all his accolades but rather continually proving himself again and again in the kitchen. He loves his chef whites in the kitchen but when making appearances, he can often be seen in three-piece suits, even on his show when he’s behind a grill he can still be seen in dress shoes and a pressed shirt.

Ever since he won Food Network Star in 2012, Justin Warner has taken the culinary world by storm. He is a fearless pioneer and has clearly rebelled against the norms to create his own path and certainly is living up to his self-professed food philosophy.

Brooklyn is the base of this innovative chef and he clearly reflects the style of the neighbourhood. Form hoodies to neon t-shirts and brightly colored shades. This channels from his interest in skateboarding and hip-hop music. One thing this chef is not afraid of is standing out.