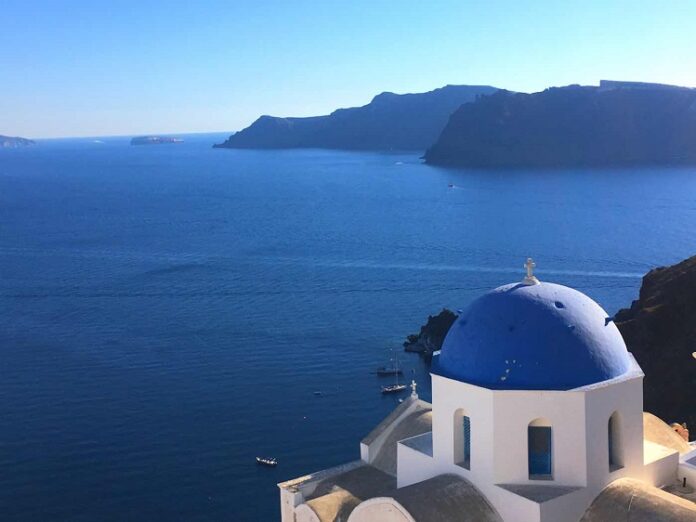 To get acquainted with Greece and its unique sights, the inquisitive tourist should master not one kind of transport. After all, the wonders of the ancient Hellas are scattered over different corners of the mainland part and numerous islands. However, all the regions of Greece are connected by branched transport arteries. A well-planned trip will not cause any difficulties with the movement.

Let’s look at those means of transport with the help of which one could go around the country.

Taxis are the most convenient and fastest mode of transport if you do not get into a traffic jam (this is a huge problem for Athens and Thessaloniki). Taxi is quite an expensive pleasure to visit the city, but if the budget allows – then why not?

The tram in Athens is a new kind of transport. There are three lines: from Syntagma Square to the Peace and Friendship Stadium (SEF) in the Neo Faliro area, from Syntagma Square to the Glyfada area (Kolymvitrio stop) and from the SEF to Glyfada. The main lines run along the embankment and the trip leaves a very pleasant impression! Tickets are sold by automatic ticket issuing machines, cashiers and at the ticket offices.

Proastiakos connects the airport, the railway station and the city of Corinth. This is a good option to get to the train station and to the popular resort of Loutraki, located near Corinth. Moreover, when transferring to the station of Corinth, you can continue traveling by train on the Peloponnese to Pirgos or Kalamata.

Water transport is something that Greece is proud of. This type of transport in Greece works like a clock. A huge number of small and large ships daily ply between the ports of the country, transporting people from the mainland to the islands or from one island to another. Tourists can choose not only the route, but also a means of transportation from super-speed light boats to large ferries. The most important ports of the country are Athens Piraeus (the largest port of Europe!), the port of Volos, Thessaloniki, Crete, Rhodes, and Corfu.

The air service in Greece is quite developed. On the most visited islands, such as Crete, Rhodes, Santorini, Corfu, Skiathos, there are large international airports, taking dozens of charters a day during the hot seasons. Aircraft of domestic airlines connects the capital of the country and most of the major cities, but aside there are small islands, which are loved by many tourists, for example, Thasos.

It is convenient to travel in Greece by bus, comfortable and quite budget, but if you like this type of transportation, it will take a little time to understand this mode of transport. The thing is not in a variety of routes, but in the organization of the movement: in large Greek cities, as a rule, operate several bus stations.

Car rentals are one of the most common types of transportation: there is a huge network of rentals and offices in the biggest airports and cities and remote island villages. You can rent any car online. The variety of cars range from a multi-seat bus to a tiny convertible, from the smallest subcompact to a luxury car. However, the procedure of renting a car has a lot of nuances about which the new traveler cannot even guess. If you decided to choose namely this kind of transport, it is better to get car rental in Athens airport. There are usually more cars and lower prices.

As you can see, you can explore the city through various modes of transport. The choice depends on you. Have a nice trip!