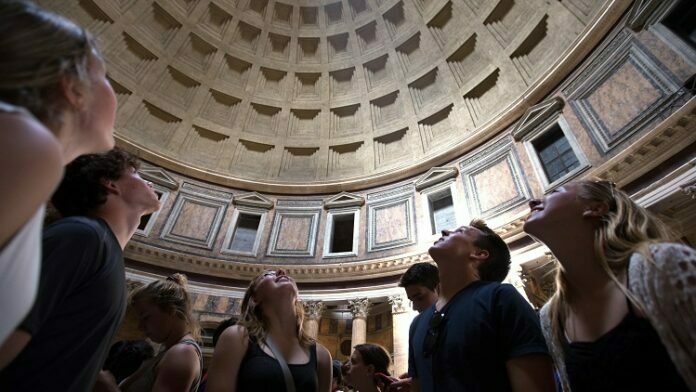 People travel for many different reasons. Some just want to relax and unwind while taking a much needed break from their daily work and routine. Others have an insatiable curiosity that constantly makes them want to discover new things. Others still travel to learn—whether it’s a new language, different culture, or all about the history of a place. If you are the latter type of traveler, here are a few suggestions for unique educational tours you can go on this year.

The Spooky Side Of Williamsburg

Colonial Williamsburg is a popular tourist destination in Virginia, known for its faithful depiction of daily life in America during the Colonial times. Every year, hundreds of thousands of tourists flock to this living history museum and historic district to learn more about how America became a nation.

Here you will learn about the history of Williamsburg, as well as hear chilling stories about the city’s strange and mysterious past, hauntings, paranormal activity, and colonial ghosts. Listen and be thrilled as you walk through the streets and buildings of Colonial Williamsburg at night, led by licensed tour guide.

Go on an archaeological adventure aboard a bright pink jeep in Sedona, Arizona. Led by a friendly and knowledgeable professional tour guide, you will visit a 700 year old Sinaguan cliff dwelling called the Honanki Heritage Site, where you can see ancient rock art and learn about the hidden meanings behind it. You can also enjoy stunning red rock canyon views. This is an adventure your inner Indiana Jones definitely shouldn’t miss.

Buildings That Touch The Sky

If you’ve always been interested in architecture—or if this is a new interest—book a tour to see Chicago’s historic skyscrapers. This great city is home to some of the world’s earliest skyscrapers, most of which were built in the late 19th century. Some of the highlights of this walking tour include Burnham and Root’s Rookery, Holabird and Roche’s Marquette Building, and Adler and Sullivan’s Auditorium Building, a marvel of structural engineering and acoustical design.

The Magic Of Opera

For opera and music lovers, this fascinating Santa Fe Opera backstage tour gives you an insider look at the hard work and talent it takes to make an opera production possible. Here you will enjoy a behind the scenes peek at the infrastructure of the world-class opera house, including the costume shop and how the lights and props are operated. You will definitely come away from the tour with newfound knowledge on how much work it takes to make an opera magical.

Explore The Hallowed Grounds Of The Civil War

The Civil War was one of the biggest turning points in American history. By the end of this bloody battle, more than 300,000 people were wounded, and as many as 75,000 American soldiers lost their lives. Learn more about the major events that led to the Civil War, as well as the people who were willing to put their lives on the line for their country. This is one educational tour that history buffs are sure to appreciate.

No matter what your interests are or what you’d like to learn next, there is surely an educational tour for you. This year, try going out of your comfort zone and expanding your horizons by exploring other interests—it will most certainly be life changing and enriching.